SSC CHSL 2022 Syllabus and Pattern Download PDF. The Staff Selection Commission is going to start Combined Higher Secondary Level examinations across the country on the scheduled date and each level exam has a different time. The Staff Selection Commission (SSC) has issued syllabus and ssc chsl exam patterns for Tier 1, 2, and 3 examinations. Applicants who want to get a good score in SSC CHSL 2022 exam should be familiar with the SSC CHSL syllabus and exam pattern. The links below enable you to download the ssc chsl syllabus in Hindi, ssc chsl mock test in Hindi, ssc chsl previous year paper pdf in Hindi, English, Tamil, and other regional languages. The SSC CHLS Tier-1 curriculum is divided into four sections, which are further divided.  Here we present a detailed syllabus, number, frequently asked questions, exam pattern, and other important changes. 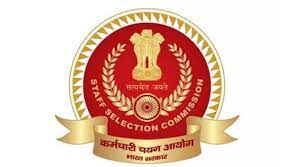 The candidates need to know the SSC CHSL Syllabus 2022 for good preparation. The Staff Selection Commission (SSC) conducts the Combined Higher Secondary Level (CHSL) examination in three levels namely Tier 1, Tier 2, and Tier 3. There are three stages to the exam. SSC CHSL Tier 1 has multiple choice questions and Tier 2 has an explanatory paper. This booklet can be tested in English or Hindi as per your preference.

Staff Selection Commission has released the Combined Higher Secondary Level SSC CHSL Recruitment ssc chsl vacancy 2022 Notification date for multiple positions on SSC.nic.in. Candidates can now fill out the SSC CHSL Registration Form 2022 on ssc.nic.in from 1 February 2022. The Last Date to submit online applications is 7 March 2022. In addition, you will find a complete guide on SSC CHSL Notice 2022 in PDF to help you with your application is in this article. Read this post to the end for details. The Staff Selection Commission will hold the Combined Higher Secondary Level Examination by May 2022 Detailed information regarding the SSC Combined Higher Secondary Level Syllabus and Exam Pattern are available here. All candidates must stay updated about the latest changes in the SSC CHSL syllabus and exam pattern. Link To download PDF notification

The Staff Selection Commission (SSC) announced the application form for ssc chsl 2022 on its official website on February 1. Interested candidates who want to be a part of the SSC CHSL Exam 2022 must register by completing the application form before the ssc chsl last date to apply 2022 The application form for ssc chsl apply online will be available below. The SSC CHSL 2022 exam is a national-level exam that is conducted in different cities across India. Interested candidates should check the eligibility requirements before applying for SSC CHSL Form 2022. To apply for the ssc chsl age limit 2022 should be 18 to 27 years.

The Staff Selection Commission has issued SSC CHSL Paper Pattern 2022 with official notification. The syllabus of SSC CHSL 2022 has been released on ssc.nic.in. SSC CHSL 2022 Paper pattern contains 200 MCQs. Candidates preparing for the SSCCHSL exam are advised to refer to the syllabus while preparing.

The SSC CHSL Syllabus PDF can also be downloaded so that you can achieve your goal. Continue reading for CHSL syllabus details for tiers 1, 2, and 3, with the required topics, number distribution, weighted questions, and the number of questions asked in each section. The SSC CHSL Tier-I curriculum consists of 4 subjects which are: English language, quantitative ability, general intelligence: and general awareness. Following are the topics in terms of subjects for the SSC CHSL 2022 Tier-I exam:

The English Language section consists of objective questions to test your knowledge of English vocabulary, grammar, and comprehension. The various topics that are included in this section are as tabulated below.

This section tests your general knowledge and current affairs. The topics included in this section are tabulated below:

As the name suggests, this section tests your numerical and mathematical abilities. The important topics in this section are as under:

The logical ability and analytical thinking of the candidates are tested in this section. The important topics under this section are:

As mentioned above, the SSC CHSL Tier 2 – Descriptive Test asks you to write an essay and letter/application.

The syllabus for the SSC CHSL Tier – III exam will be a skill/typing test which is qualifying nature. The final merit of the selected candidates will be based on the total score obtained in the Tier – I and Tier – II exams. The below-given table lists out the detailed SSC CHSL Syllabus for Tier III 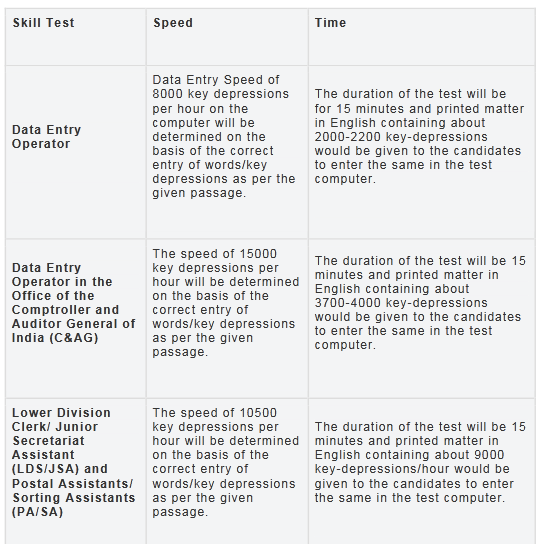 as there are 3 different stages of Exam in SSC CHSL, candidates should be aware of topics and Pattern of Exam. Here are Details of the ssc chsl question paper 2020 pdf in Hindi below: 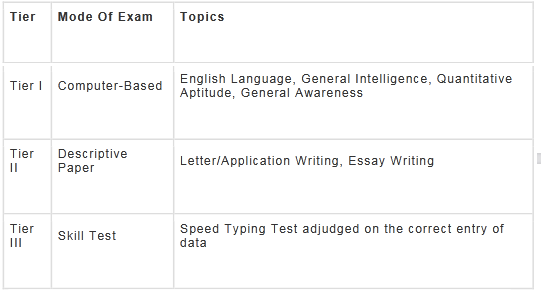 The summary of the 3 stages of the exam is given below:
1. Tier I
a) Reasoning Ability
b) Quantitative Aptitude
c) General Awareness
d) English Language
2. Tier II
a) Essay writing – 200-250 words
b) Application or Letter writing – 150-200 words.
3. Tier III
a) Typing test
– 35 words/minute (English Medium)
– 30 words/minute(Hindi Medium

Powered by WordPress | Designed by Tielabs
© Copyright 2022, All Rights Reserved